7 reasons ASUU is going on strike

The Academic Staff Union of Universities (ASUU) has embarked on an indefinite strike starting today 14th of August 2017. The national president of the union – Biodun Ogunyemi said the union embarked on the current strike because the Federal Government has refused to implement 7 out of the nine issues agreed on in 2009.

Below are 7 outstanding issues ASUU has with the government; the reasons for the strike. 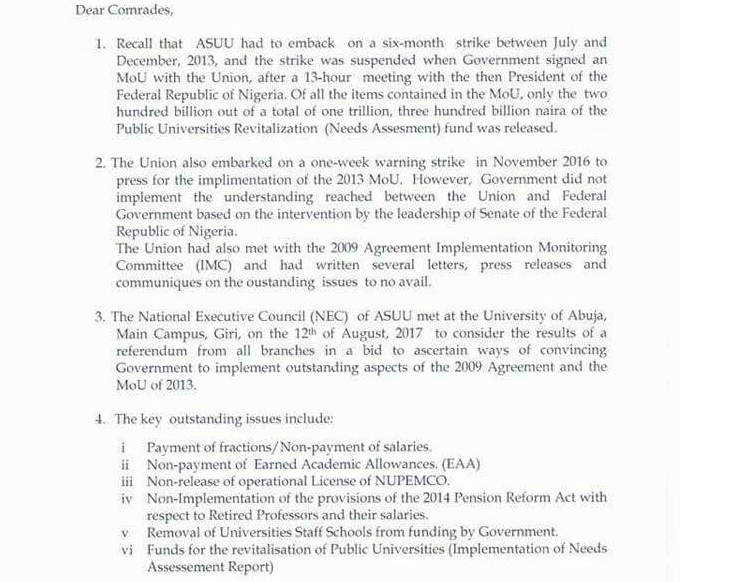