Nigerian Afrobeat musician, Mr. Eazi, is Apple Music’s latest ‘Up Next’ Artist, the music streaming platform’s emerging artist franchise. He gained an international audience following the release of the 2015 single “Skin Tight”. He inked a record deal with Wizkid’s Starboy Entertainment in May 2016. His second mixtape, Accra to Lagos, was released on 10 February 2017 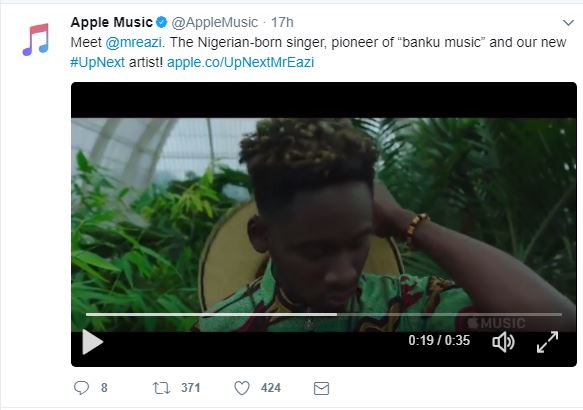