The senate has approved a provision in the constitution alteration bill which gives room for candidates to participate in elections without being members of political parties. Eighty-two senators voted in favour of this, while five rejected it. The upper legislative chamber also restricted someone who has been sworn in as president or governor to complete the term of the elected president or governor from contesting twice. The senate approved a provision for the funding of the house of assembly of states directly from the consolidated revenue fund of the state.

The provision reads: “section 121 of the principal act is altered by substituting for subsection (3), a new subsection (3) – ‘(3) any amount standing to the credit of the- house of assembly of the state, and judiciary, in the consolidated revenue fund of the state  shall be paid directly to the said bodies respectively; in the case of judiciary, such amount shall be paid directly the heads of the courts concerned.” The senate also approved the provision which requires the president and governor to submit the names of persons nominated as ministers or commissioners within 30 days of taking the oath of office for confirmation by the senate or state house of assembly. Constitution amendments only become operative after they have been passed by at least 24 state houses of assembly and two-thirds of the national assembly. Ike Ekweremadu, deputy senate president, laid the report of the constitution review committee, which had worked on some sections of the 1999 constitution, last Thursday. The senate commenced on debate on the report on Tuesday, and voted on its provisions on Wednesday. Some other provisions in the bill. Below are the 33 bills they considered and how they voted: 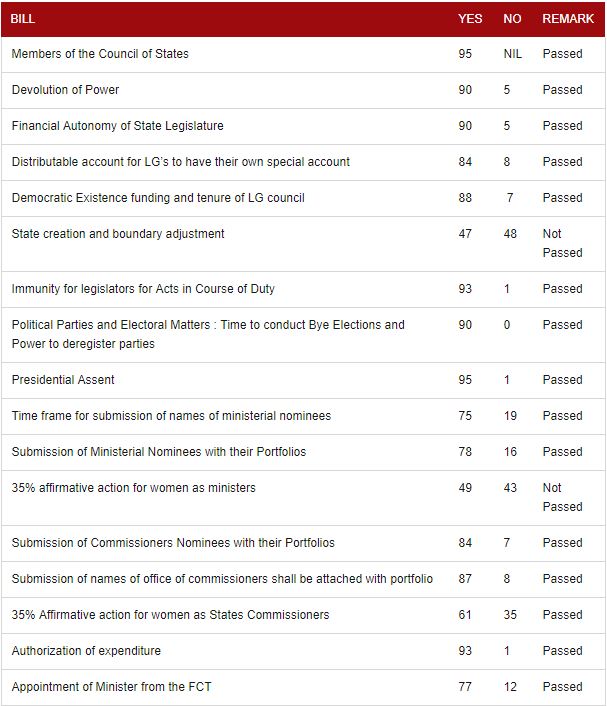 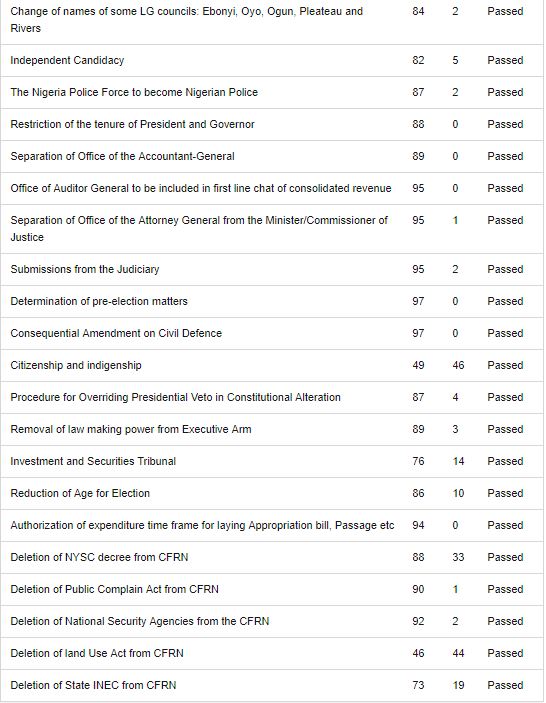